To become an Idram Cashback User, enter your phone number and follow the instructions.

ENU
F.A.Q How It Works

The Moscow Cinema was opened on December 12, 1936 by demonstration of the first Armenian sound film " Pepo". The cinema has four halls: The cinema halls are equipped with modern technical means. The cinema cooperates with well-known companies such as: The Walt Disney Company, Sony Pictures, Paramount Pictures, 20th Century Fox, Dream Works, Universal Studios, Warner Wros, including the list of the best world films released.  The list often changes, every Thursday there is a premiere of a foreign film, sometimes even several films at once instead of one. In addition to the foreign films, the production of the Armenian cinematographers also frequently appears on the cinema's screens due to the increasing interest towards the Armenian movies. Along with film demonstration, various events and film festivals are being held in “MOSCOW” cinema. In addition, various exhibitions are being organized in the foyer of the cinema.Keeping the history of decades and beautiful traditions, the cinema constantly develops technologically and is in search of innovations to be ready for modern challenges. 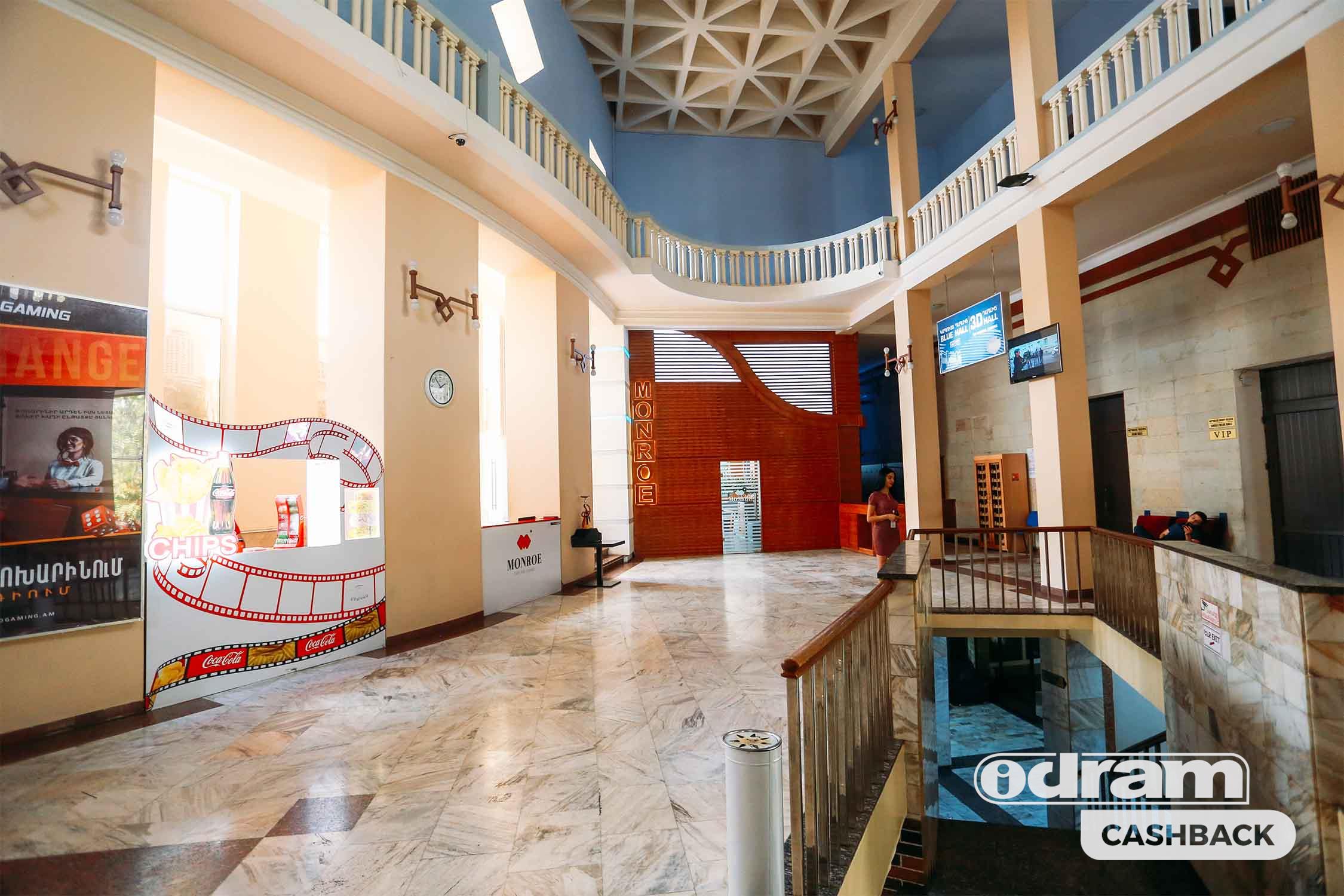 Cashback is a partial refund of the purchase price.

Idram Cashback is a joint service, founded by Idram and ClubSixteen Cashback systems with the goal to give you cashback from each purchase you make at our Partner trade points, regardless of the payment method.

When can I get my cashback?

In our system you get your cashback immediately after the deal.

Where can I use my Cashback Idarm card?

Idram Cashback card can be used at any of trade points and on-line shops, joined to the system.

What is the percentage of cashback?

Each trade point sets its own cashback percentage which can varry depending on commodity. You can find all cashback offers here.

How can I use my cashback?

Cashback is transferred to your Idram account immediately after your purchase.
You can:
a) cashify it in the nearest Idram office
b) make payments at our Partners,
c) perform on-line deal in Idram system,
d) make utility payments.